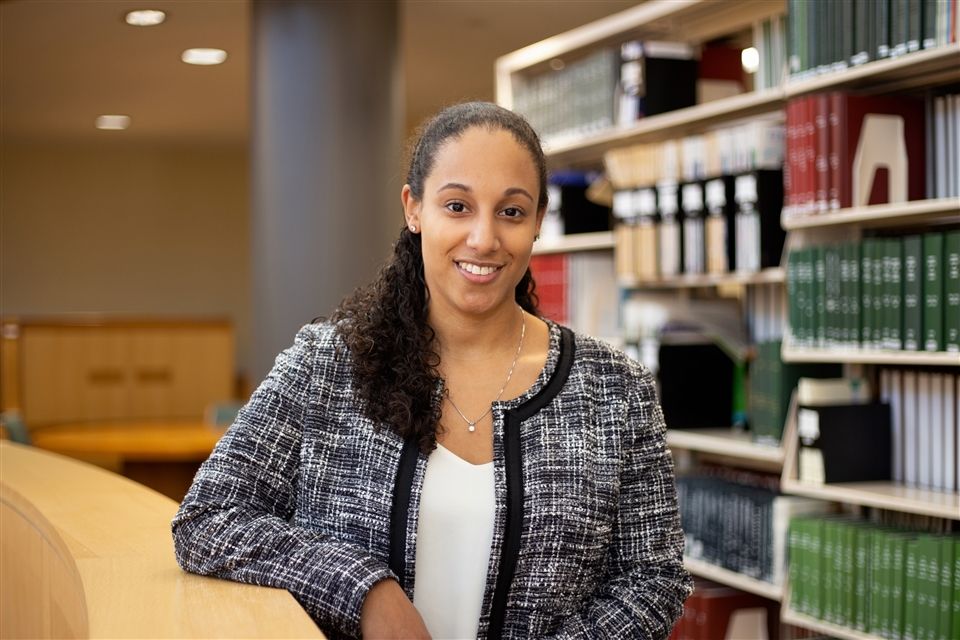 3/10/2020
Sophie Robart ‘09 has known for a long time that she wanted to be a prosecutor, but she came to that conclusion in an uncommon way.
After studying international terrorism policy at Middlebury College, she chose her study-abroad university solely for the opportunity to take a seminar with six of the top terrorism experts in the world.
“I became fascinated in the laws that different nations use to prosecute terrorism—this was probably the moment that solidified my desire to become a prosecutor and seek justice for those who may not be able to obtain it on their own,” Sophie said. When she returned from her study abroad, she began writing her thesis on the intragroup dynamics of terrorist organizations and seeking out opportunities in public interest law.
Sophie dedicated her summers during law school to gaining first-hand experience in a prosecutor’s office. She first interned in the United States Attorney’s Office for the District of Massachusetts, where she worked on the high profile college admissions scandal case. During her second year of law school, she interned in the Department of Justice’s Child Exploitation and Obscenity Section, where the nature of the crimes prosecuted in that office could be gruesome. However, for Sophie it is where she found her passion and calling—being a voice for those who are, arguably, the most vulnerable in the justice system.
Sophie credits her time at Nashoba Brooks School, where she enrolled as a fourth grader, with teaching her how to believe in herself and setting a strong foundation for her future.
“Teachers held high expectations of each and every student—pushing us to edit an already well-written essay or review a math quiz where we got a good grade,” Sophie said. “These moments were some of the many ways that our teachers and coaches showed us that they knew we were capable of achieving not only our own goals, but also surpassing their expectations.”
In fact, it was also at Nashoba Brooks where Sophie found her voice. For her, Nashoba Brooks fostered an environment from a young age where becoming a strong, independent, intelligent, and brave woman wasn’t just something to strive for—it was simply, the future.
“Nashoba Brooks encouraged students to be confident in their opinions and be willing to stand up for those opinions and beliefs, even when they weren’t commonly held,” Sophie added.
After graduating from Wake Forest University School of Law this May, Sophie and her rescue puppy, Hagrid, will move to New York City to begin her career as a prosecutor in the Manhattan District Attorney’s Office.
Back