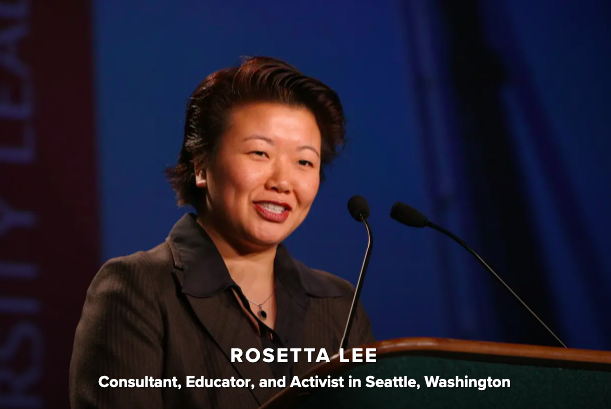 9/30/2020
Tuesdays at Nashoba Brooks are half days for students, but for teachers, the afternoons are filled with professional development opportunities and much needed planning meetings. Now more than ever, with so much packed into a day, teachers are valuing a time to forget about sanitizing for a moment and enrich their love of the craft.
On the first Tuesday of the school year, teachers sat down with their lunches and opened their computers to be greeted by Rosetta Lee, a science teacher at Seattle Girls’ School, who also tours the world as a professional outreach specialist, training faculty, teachers, students, and parents on a multitude of topics, including cross cultural communication, identity development, implicit and unconscious bias, gender, bullying, and more. What she does was best summed up in the first few minutes of her presentation when she told eager Nashoba Brooks employees, “I like to get beyond the why and into the how.” Music to the ears of entrenched teachers.

Ms. Lee explained how creating a safe and equitable classroom is a teacher’s most challenging and important task. And as she continued, it was easy to see that she was, first, a teacher. She stood by her “how” promise, replacing wide-sweeping philosophies on equity, diversity and inclusion with real, anecdotal experiences. “I use science as my vehicle,” she said, later recalling a conversation with her nephew where she had brought race down to biological nuts and bolts: “I explained that darker skin was a kind of built in sunscreen.” She noted, too,  that all school subjects can connect with diversity, equity, and inclusion goals. Teachers should harness their already extensive expertise and forget the idea that anything before middle school is too early to design an equitable and inclusive  curriculum.

For our youngest students, Ms. Lee explained, “Instead of shielding, engage.” Kindergarteners, first graders, and the younger students have no filter because they’re testing what filters need to exist. Ms. Lee  described how letting these younger students ask questions, rather than a teacher explaining what was right and wrong, was a way of guiding their curious minds towards empathy and understanding. “I call them adorable depositions,” she said, laughing.

Ms. Lee’s presentation was personal as she related her own experiences with bias. Growing up and even now, she explained, has put her in contact with people who have good intentions but fail to see their own biases before they open their mouths. As an American with an Asian ethnic heritage, she told how she’s lost count of the many times she’s explained that she is from America and heard someone ask, “Yes, but where are you originally from?” Ms. Lee’s wit, which she wove through her presentation, was especially present when she noted that she has often wanted to respond to these questions with, “I’m originally from my mother’s womb, you?”

The importance of “sub-textual messages” or what someone is really saying when they ask these sorts of questions was a major part of Ms. Lee’s message. Needing to know “what box to check,” she explained, leads to questions and comments that establish a divide between privileged America and everyone else. “None of this is what we mean and all of this is what is heard,” she pointed out as she paused to take a breath. The question she encouraged teachers, administrators, and parents to ask was “Who’s not in the norm and how do we make them feel normal?” She followed up with slice of humble pie, relating a story where a Muslim student, new to her school, was met with a “we’ll get back to you” when she asked if there was a quiet place for daily prayers. Ms. Lee’s school was quickly able to make accommodations, but the student had already gotten the message—she was an exception.

Ms. Lee’s clear, important messages were consistently accompanied by a healthy positivity, and as she came to a close, she called Nashoba Brooks employees to action acknowledging that mistakes are expected; paralysis shouldn’t be. She encouraged teachers to “incorporate multiple domains” when encountering problems or designing curriculum, and she encouraged collaboration and communication between all constituents of each student’s support team, reminding all of us that “Mastery means growth” for all of us.
Back